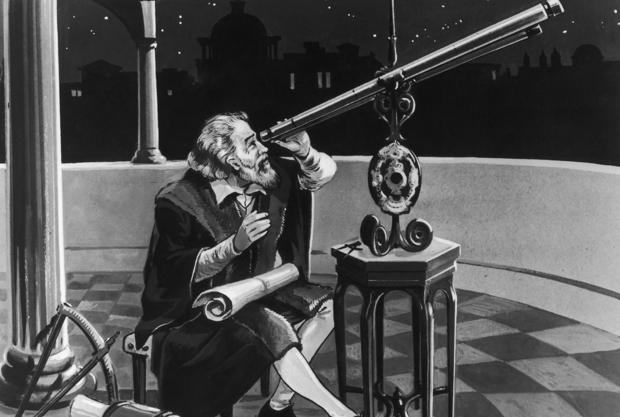 Science is controversial right now. In the midst of media coverage that is now consistently tumultuous, scientific topics feature prominently. While this can feel like a big shift, controversy surrounding science is nothing new.

Galileo Galilei, today considered by many to be the father of observational astronomy and a key figure in physics, lived at a time where the conclusions he formed based on previous studies and the data he collected were controversial. His work in the early 1600s led him to staunchly defend the theory of heliocentrism, that the Earth and other planets revolve around the sun. This was a religiously and politically charged issue at the time, and by 1615 Galileo’s writings were submitted to the Roman Inquisition. After years of trying to keep quiet he was brought to trial and found guilty of heresy in 1633.

What’s different about the controversy surrounding science now is the position of the average citizen. In the 1600s, the typical commoner didn’t receive extensive education, and a high percentage of the population was illiterate. This means that whatever they heard of Galileo’s work and trial would have come to them third or fourth hand. And honestly, it probably would have been far removed from their interest and concern as they focused on day to day survival.

Flash forward to the United States, and despite the inequities that still persist, the average person typically has access to education and a chance to develop literacy skills, seek out information, and make their own decisions based on evidence. They have a chance to be informed, contributing citizens of a democracy where their voices matter.

Citizenship seems to be a major theme in many circles right now. In his final speech, President Obama admonished the American people: “...for all our outward differences, we all share the same proud title: Citizen. Ultimately, that’s what our democracy demands. It needs you...over the full span or a lifetime.” In his book about educational systems, Coherence, Michael Fullan argues that citizenship is a key part of education. He goes on to define citizenship as:

This focus on citizenship in education is right in line with the intent of NGSS. In Appendix A, which describes the conceptual shifts associated with NGSS, it states:

The NGSS are designed to prepare students for college, career, and citizenship. There is no doubt that science and science education are central to the lives of all Americans. Never before has our world been so complex and science knowledge so critical to making sense of it all...Science is also at the heart of the United States’ ability to continue to innovate, lead, and create the jobs of the future.

So what does this mean for us as science educators? One of the powerful components of NGSS is that through three dimensional learning and an emphasis on the nature of science it is intended to help students build a big picture understanding of science. We need to do the same. Even as we’re wading into the weeds of what three dimensional lessons look like, how we’re going to incorporate engineering, and what the role of those crosscutting concepts really is, let’s take time to look at the big picture of who we want our science students to become. 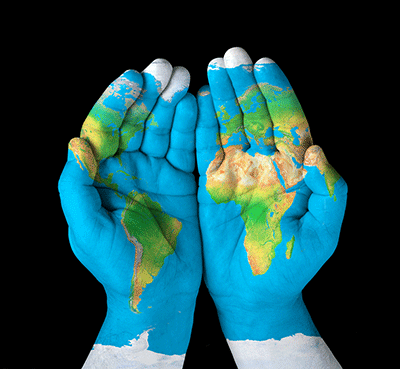 While the average student theoretically has the chance to develop as an informed, contributing citizen, this growth doesn’t always happen in school, and science classrooms are no exception. If we feed students information, tell them what to expect, and assess them based on regurgitation, then I worry that even if they learn some facts they aren’t developing science literacy and citizenship skills, and we also haven’t made much progress from the 1600s. If we, however, teach them how to seek out credible sources and interpret scientific work, give them authentic problems to solve in collaboration, and ask them to develop opinions and action plans based on evidence, we’re doing more than just teaching them science. We’re teaching them to be science-minded citizens who can navigate our current world and change the future one.

There is no doubt that teaching this way is difficult and takes more time and resources than our traditional approach to science education. There is also no question that time and resources are what’s lacking for teachers. But ultimately, these types of experiences are what serve students, our country, and our world best going forward. As the NGSS authors so aptly pointed out, science is both personal and global at this point in history, and being well informed about scientific process and the evidence it produces directly impacts an individual’s life and how he or she interacts with the world.

We still have a window of time before full implementation is expected where we can ponder this idea of building science-minded citizens who critically review information and develop innovative approaches and solutions. So try it out! There is something you’re doing right now that could be changed or abandoned to make room. And when you do, share with others the resources you find or develop. If we all do this, little by little we’ll change science education. And we’ll help develop a generation of science-minded citizens who are a source of change and progress for our world. This, most certainly, is why I entered science education in the first place and why I’m excited about the potential of NGSS and the work of you, my colleagues.