Recognizing Unseen Possibilities: The Story of the STEAM Showcase 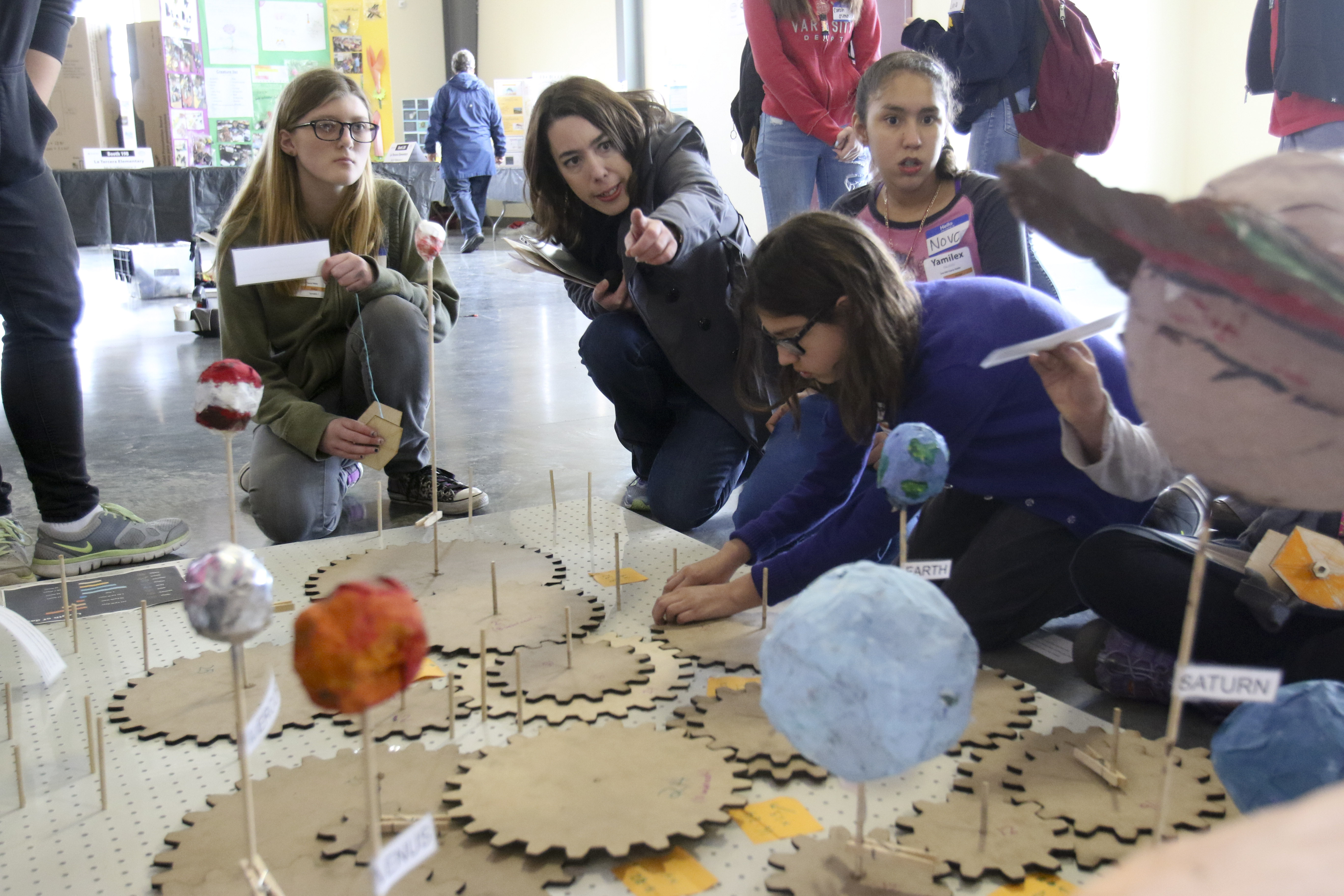 “(Leaders) inspire people by helping them recognize the previously unseen possibilities that lay embedded in their existing circumstances.” -Robert Hargrove

This quote by Hargrove embodies something I valued very much as a science teacher and now as a science education leader. That’s one of the reasons I’ve been so proud to help develop the Synopsys-Sonoma County STEAM Showcase which at its core has been about bringing to light previously unseen possibilities. And it’s why I’m excited to share the story of the Showcase and help other educators open up possibilities for students.

The STEAM Showcase journey started in 2016 as we wrapped up another county science fair. This was a long-standing event in Sonoma County and always well attended. But in 2016, we were starting to understand the radical shifts happening in both science as a profession and science education, and we were deeply engaged in work around equity and focused on possibilities for all students. We were also hearing consistently from students themselves that they wanted learning to be integrated and purposeful. And so, we started asking “what if…?”. Finally, armed with research, we met with the county superintendent, Dr. Steve Herrington, to reimagine the event. And out of this meeting came the concept and support for a countywide STEAM Showcase.

It’s one thing to dream up a possibility, but then you need to find a way to make it a reality. Luckily, that’s what the team tasked with running the event- the Coordinator for Science (me), the Director for Innovation and Partnerships, the Coordinator for Maker Education, and the Technology Innovation Specialist- does best. We were also extremely fortunate that the Synopsys Outreach Foundation who had previously sponsored the science fair agreed to take a chance and sponsor the new event. And so, after much dreaming and planning, we held the first Synopsys-Sonoma County STEAM Showcase on March 1, 2017.

For the STEAM Showcase, we tried to combine trends we saw in industry, the creative and innovative tools and strategies emerging for education, and the things students were seeking more of in school. We selected a theme- Cause and Effect- that related to the Next Generation Science Standards in hopes that projects would be embedded in classroom learning. We developed a rubric that highlighted integration and purpose for projects and encouraged digital documentation and multiple project iterations. We designed an event that wasn’t focused on competition but was rather a celebration of what had been done and an opportunity to engage in making and engineering activities. More event details and information can be found here.

The result of that first STEAM Showcase was beyond what I could have imagined. We had a broad range of students, some of whom had participated in the science fair and many of whom had never been part of a large science event. We had kindergarteners and 12th graders showing projects side by side. Two special education classes participated, and one of their teachers commented that if it weren’t for the showcase, they wouldn’t have been studying science at all, but now the students had completed two unique projects focused on ecology. Students proudly shared with the industry professionals serving as project evaluators about their work and the purposes and possibilities that lay behind what they were showing. When they weren’t interviewing, students made event t-shirts, engaged in engineering challenges around airplane flight, and built flashlights and microscopes.

There were a number of interesting projects. One student learned how to weld in order to make a sea turtle sculpture that could be sold to raise money for conservation...out of spare parts from a VW Bug. Another group of students performed a dance about water properties accompanied by a song that was written by one of the students and sung by the school’s choir. Still another group designed their own snow chains which at the time of the showcase they were seeking to patent. I left the day encouraged about what students could do and by the energy and enthusiasm with which they approached everything.

In the fall of 2017, we set out to try to design our second STEAM Showcase. Based on positive feedback from the first event, we selected another NGSS-related theme, “Systems and System Models.” We held an informational meeting, settled on an event location, and started to feel that everything was on track. And then, in early October, wildfires ripped through Sonoma County. In response to the fires we added a second theme for the event, “Creativity in Community.” The hope was that it would give students an outlet to respond to the fires if they wanted to do so. Having added the theme and extended deadlines after the chaos of October, we waited, unsure if people would still participate in the event after such a tragedy and the lost classroom time.

The second annual Synopsys-Sonoma County STEAM Showcase took place on March 2nd, 2018. Despite our uncertainty, the event actually grew by 25%, and some of the schools hardest hit by the wildfires participated. More than fifty community members volunteered their time, along with SCOE staff, to make the event come to life. Many of the elements from the first year, including making t-shirts, were repeated. New elements were also added, notably an engineering challenge completed by teams around constructing sound towers.

The 2018 event was an incredible display of diversity in unity. There were a number of schools that participated for a second time, and there were a large number of new participants who were highly invested and engaged. One new teacher was so committed to the event that she and her students came on the city bus since they couldn’t get a school bus. The students engaged in the same maker activities, but they all made them their own. They added personal touches to their t-shirts, decorated three dimensional puzzles to make them unique, and approached the engineering challenge differently. They all showed projects based on one of the two themes or a combination of both, and they were personal, purposeful, and inspiring.

The projects this year were a testament to what can happen when students are given the option of personalizing learning. Among the (many) projects that stood out was one by a special education class that modeled the solar system in three dimensions, complete with gears cut the right size to for accurate rotation speed and direction. A middle school student developed shoe inserts that can generate energy. A group of 6th grade students, including English learners, an RSP student, and an elective mute, stood on the stage together and showed and narrated films they’d created about plate tectonics and earthquake safety. A group of high school students designed a house to replace the one their teacher had lost in the fires. Another high school group developed a roof sprinkler system that could be used in future fires.

The STEAM Showcase highlights the incredible capacity, potential, and creativity of students. The adults who volunteered this year were blown away by what’s possible when students are given opportunities to learn and create with purpose. Many commented that after a difficult year (some of them were fire victims themselves), the event restored hope. I was left with a deep sense of how privileged I am to help lead an event that allows both adults and students to recognize previously unseen possibilities, especially when those possibilities are embedded in what have been inarguably difficult circumstances.

As educators, we are all in leadership roles in which we can inspire students and help them to recognize previously unseen possibilities. I encourage you to create circumstances where these can come to life. You might develop projects and activities that involve subject integration or highlight purpose in learning and exploration. You might open up more opportunities for students to develop and share unique solutions to unsolved dilemmas in our world. You might simply include new ways for students to be courageous and take on challenges big and small such as sharing their ideas in front of a new audience. Whatever the specifics might be, live into the privilege of helping uncover possibilities in your context. And if you’re in Sonoma County, please consider joining us for the 2019 Synopsys-Sonoma County STEAM Showcase. We’d love to help you and your students explore unseen possibilities. Can you guess what one of our themes will be next year? 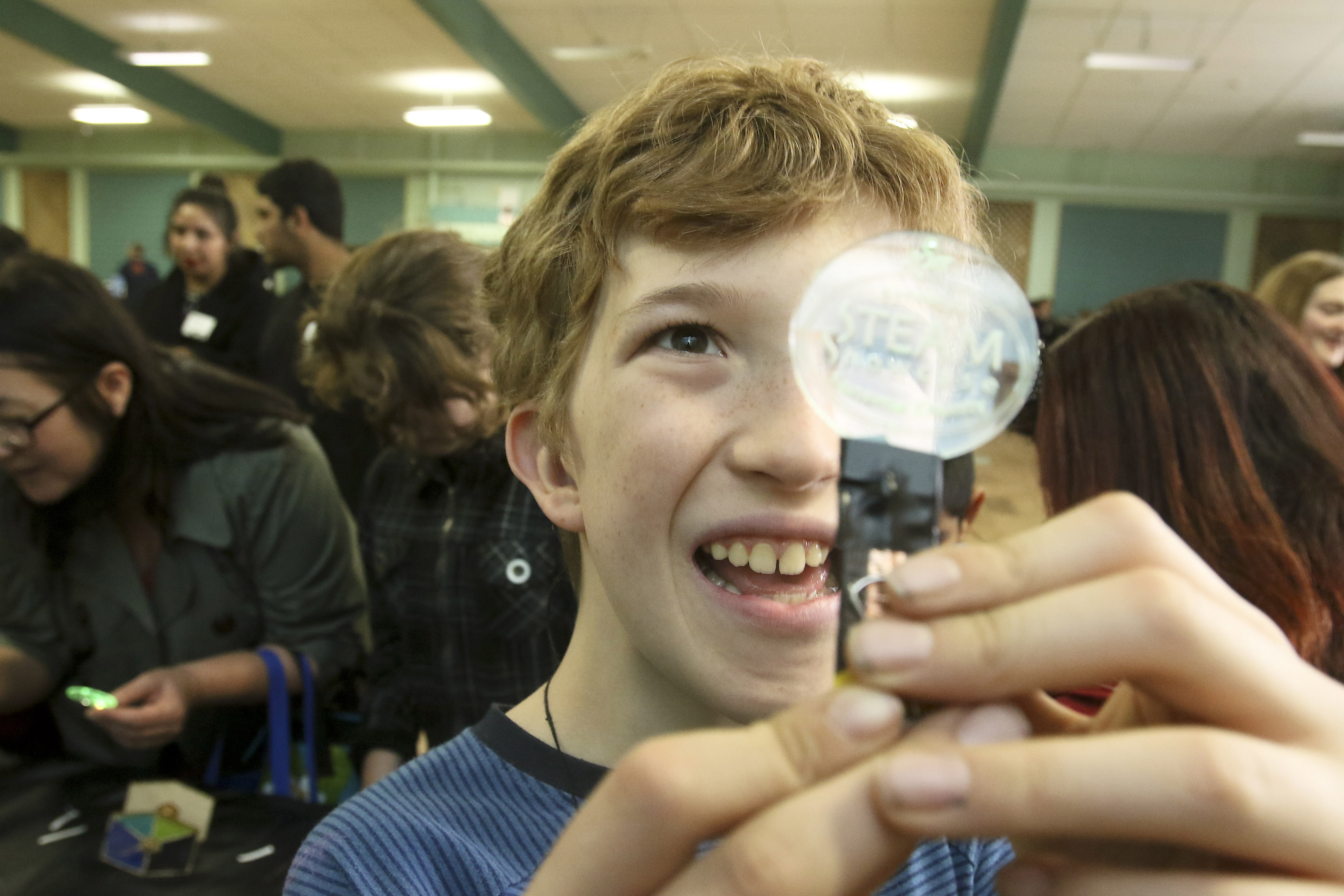