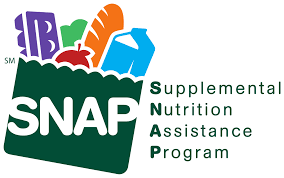 Sonoma County Superintendent of Schools Steve Herrington has joined the Association of California School Administrators (ACSA) and numerous public health agencies around the state in opposing the Department of Homeland Security’s (DHS) changes to rules defining a “public charge.”

Under changes to the definition of Public Charge submitted in October, the Trump Administration is seeking to expand the definition of the term to include the Supplemental Nutritional Assistance Program (food stamps), Medicaid, Medicare Part D, and some housing programs.

Herrington, along with educators in California and across the country, is voicing concern that these changes would have a widespread chilling effect on immigrant families accessing important public health services. The Children’s Partnership estimates that up to 628,000 children in California would lose coverage to Medicaid, CHIP, and other important public health programs as families, afraid of negative impacts to their immigration status, choose to forego these services. Additionally, they estimate that 311,000 children would lose access to SNAP/food stamps as a result of the change.

Following other proposed immigration changes, school leaders in Sonoma County and across the state have seen reductions in attendance, family engagement, and immigrant families enrolling in free and reduced price meals programs.

“The proposed change will diminish children’s access to adequate nutrition, reliable health care, and stable housing, all of which will have a detrimental impact on a child’s health and wellbeing,” Herrington wrote in a comment submitted to DHS on Friday, Dec. 7. “This decision should not be based on bureaucracy or politics, but rather on the fundamental human rights of children to access education and basic medical services.”

The Department of Homeland Security is receiving comments on this matter at this link until Dec. 10.