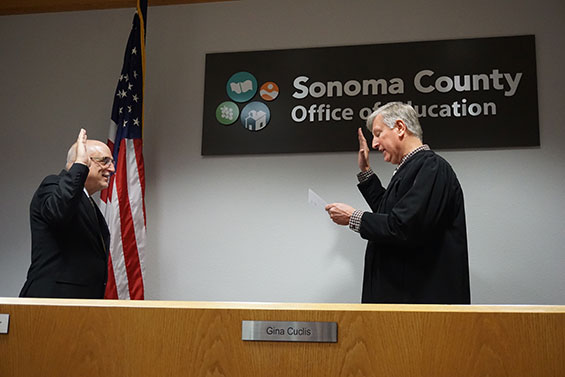 The county superintendent is elected by the voters of Sonoma County every four years. The Superintendent provides leadership, support, and state-designated fiscal and program oversight for the county's 40 school districts and their more than 71,000 students. During his first two terms, Superintendent Herrington has:

and moved the county's alternative education program out of a storefront property and into a new, modernized campus.

Dr. Herrington was elected Sonoma County Superintendent of Schools in 2010. He took office on January 3, 2011, and began a second term in office on January 2, 2015. He is a native Californian who began his career in education as a history teacher. He served as superintendent for three Northern California school districts. In these positions, he gained experience in rural, suburban, and urban settings. He has led educational services for students from pre-kindergarten through high school. Prior to his election, he was superintendent of Windsor Unified School District.

Learn more about the county superintendent and his priorities here.