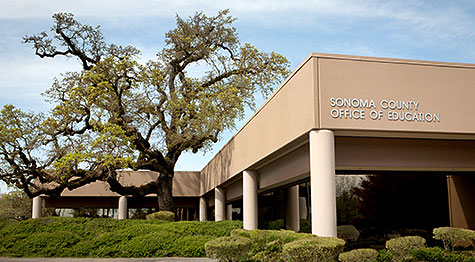 Although thousands of mail-in votes have yet to be counted, the race for Sonoma County superintendent of schools is on track for a runoff election between top vote-getters Amie Carter, Ed. D., and Brad Coscarelli on Nov. 8.

“Voters were fortunate to have three qualified candidates from which to choose,” said current Superintendent Steven D. Herrington, Ph.D., of Carter, an assistant superintendent at the Marin County Office of Education; Coscarelli, the principal at Hidden Valley Elementary in Santa Rosa; and Ron Meza Calloway, the superintendent of the Mark West school district. The election is the first contested race for county superintendent since Carl Wong was elected to his first term in 2002.

With more than 57,000 ballots counted, Carter leads the field of candidates with about 44.5% of the votes cast. She would need to top 50% to avoid a November runoff against Coscarelli, who sits in second place with 33.5%. Calloway currently has 21.9% of the vote.

The county superintendent of schools is a state constitutional officer who acts as a liaison between the California Department of Education and Sonoma County’s 40 public school districts. The position serves as CEO of the Sonoma County Office of Education, working in collaboration with the elected County Board of Education to provide support services to public schools in fields including special education, behavioral health, and professional development training. It also assists districts with developing their three-year Local Control Accountability Plans to improve student outcomes and acts as the state’s fiscal monitor, ensuring schools meet state funding and requirements related to fiscal solvency.

“I want to thank everyone who voted in the primary, and I look forward to working with the superintendent-elect to ensure a smooth transition into a multi-faceted role that is essential to supporting our students and school staff,” Herrington said.

Herrington said that while the runoff will result in a shorter transition period, it will allow Sonoma County voters more time to study the candidates as they weigh their positions and priorities.

“Both Amie and Brad bring impressive yet distinct resumes and goals to the superintendent race, and I hope voters take the time to learn their personalities and plans for the office if they are elected,” said Herrington, who has declined to endorse a candidate in the race.

Herrington and staff at the Sonoma County Office of Education have developed a transition plan that will allow the superintendent-elect to work alongside Herrington during the transition period to the next administration.

“It is important that there be a smooth transition between my term and the superintendent-elect’s to provide stability as our schools enter what we expect to be a fourth year disrupted by COVID-19,” Herrington said.