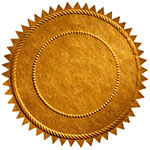 The Gold Ribbon Schools program is a new state awards initiative that is temporarily taking the place of the California Distinguished Schools program, which is on hiatus while the state creates new assessment and accountability systems. In applying for the Gold Ribbon award, each school described a model program at its site that included standards-based activities, projects, strategies, and practices.

“These schools are academically successful, vibrant, and innovative centers of learning and teaching,” said State Superintendent for Public Instruction Tom Torlakson in announcing the awards. “They provide great examples of the things educators are doing right—embracing rigorous academic standards, providing excellence and creativity in teaching, and creating a positive school climate.”