The event drew about 200 teachers, teaching candidates, and interns looking to work in Sonoma County Schools. That included interns from the North Coast School of Education's debut "Be a Teacher" program and others who traveled from as far away as Las Vegas and Texas.

The applicants, who brought resumes, letters of recommendation, credentials, and other application materials were able to meet face-to-face with nearly 20 hiring school districts and seriously discuss employment. Six teachers were offered contracts on the spot, while several others received a first interview and will be returning for a second one.

Del Prete said she reached out to about 20 universities around California to reach students in credential programs who might be interested in attending. The event was a success for her district: they held interviews for three open positions and are planning to hold second interviews soon.

"It was a great opportunity to showcase Sonoma County schools and see the culture and diversity of the types of places where teachers can work here," said Juric. He encouraged teachers who attended to follow up by visiting school districts they were interested in to get an even better sense for the character of the district and the students served there. That way, when more job postings come online in April and May, they will have a good sense for where they'd like to apply.

"It was great to have 20 of our school districts in the same room," he said. "It didn't feel competitive. The sense of collaboration was palpable."

Del Prete said she hopes the job fair can become an annual event, and that it can be expanded to recruit for non-teaching (classified) positions as well. 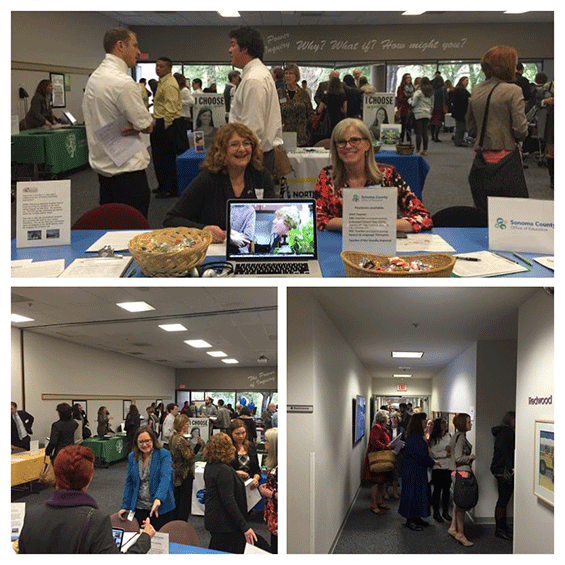