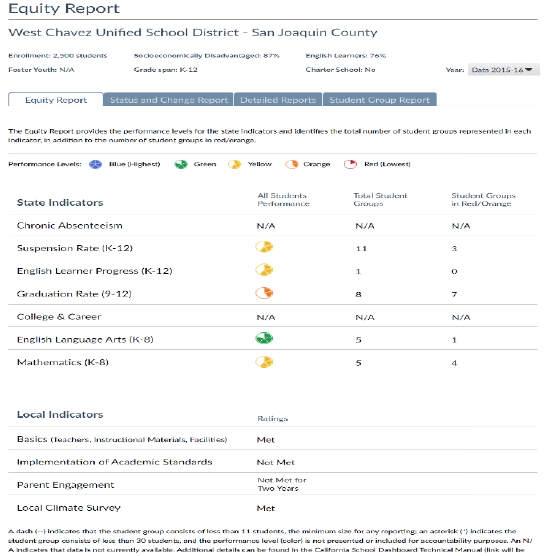 Sonoma County parents and educators now have a powerful online tool that allows them to see how a school or district is doing in areas ranging from test scores to parent engagement to the success of English Learners. This new state accountability website provides transparency and school performance information that goes far beyond what was previously available. A range of data give a more complete picture of how schools are serving the county’s diverse student population. The California Department of Education released the California School Dashboard for public preview and input on Wednesday, March 15 at caschooldashboard.org. A fully functioning interface is expected to be released in the 2017-18 school year.

For your convenience, this page is divided into three parts:

The new system replaces the Academic Performance Index (API), which California phased out in 2014. The API relied on test scores to produce a single number that offered a limited view of school performance. The dashboard gives a snapshot of high school graduation rates, career and college readiness, English learner progress, and suspension rates, while still looking at test scores. It also provides detailed reports for those wishing to know more.

County Superintendent Steve Herrington acknowledged that the dashboard is more complex to read than a single test score, but urged parents and educators to take the time to get to know the basics of the new system. He compared the new system to a student’s report card. “A student’s success at school can’t be summed up with just one number,” he said. “That’s why good report cards track a student’s growth across all subjects as well as her social/emotional and physical progress. Likewise, the California School Dashboard tracks a school or district’s performance across a range of measures so we can know where the school is doing well and where it might need more help.”

Beyond Winners and Losers: Promoting Growth 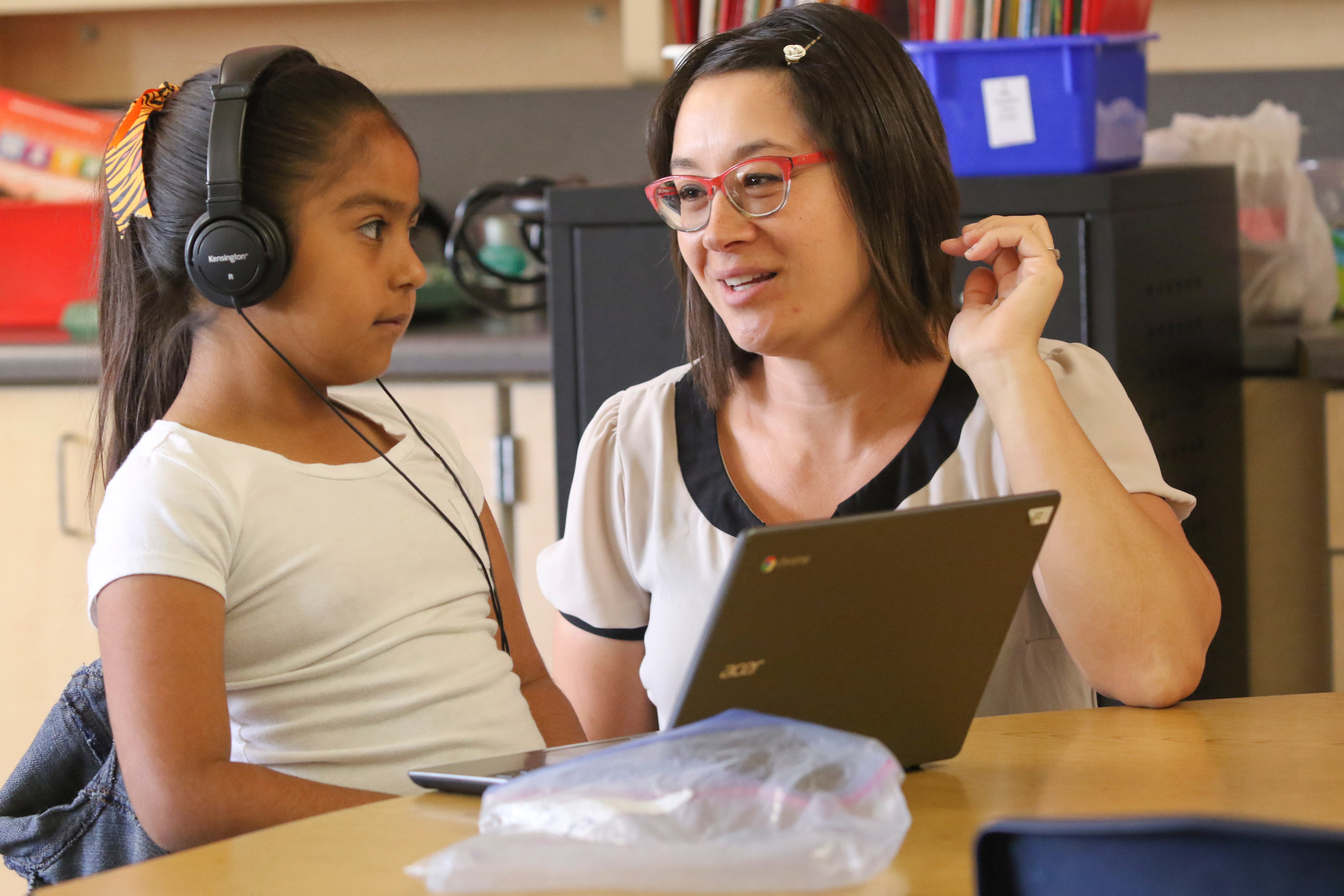 The dashboard is the next step in a series of major shifts in public education in California. These shifts have raised the bar for student learning, transformed testing, and placed the focus on equity for all students. It is part of the state’s new accountability system based on the Local Control Funding Formula (LCFF). It supports the performance goals that all school districts set in their annually updated Local Control Accountability Plans (LCAPs). Rather than encouraging comparisons between districts, it is designed to promote deeper analysis and self-reflection within districts.

The new system encourages continuous improvement—the ongoing effort to do better and increase all students’ success. To that end, schools and districts are “graded” not only on their performance in a given year, but also on changes in their performance over the last two to three years.

Some schools or districts that have traditionally earned the highest marks on standardized tests may see their performance levels drop below the top tier if they are not showing continued progress or if one student demographic is falling behind. Likewise, other schools that have traditionally been in the lowest performance categories may score better in the new system if they are demonstrating student growth and progress.

“We are moving from an old system that called out “good” and “bad” schools to one that supports all schools in their efforts to continually improve,” Herrington said. “The dashboard will be a powerful tool for schools and districts in identifying their successful programs so they can put more resources toward them in the future. It will also help identify programs that aren’t working so well or student groups that need more support.”

2. Quick Guide to Reading the Dashboard

The dashboard offers a variety of reports for individual schools as well as districts. These reports give information about performance in different areas, or “indicators.”

Some data will not be available until the 2017-18 school year.

Performance in each area is represented by color-coded pie pieces (shown below). Blue is the highest level, while red is the lowest. The number of slices in the pie correspond to the color, so blue will always have five slices and red will always have one.

What the levels mean

Levels are based on two things:

In some cases, the most current information available for a performance indicator is one or two years old. For instance, data on suspensions and English Learner progress are from 2014-15. CAASPP test scores are from the 2015-16 school year. It is important to consider this when viewing a school’s performance levels.

Sonoma County school districts had advance access to the dashboard and are already putting the information to good use. They are holding meetings with their school communities to discuss the results and use the information to update their LCAPs, the detailed plans that set goals and funding priorities for the next school year.

SCOE has aided in this effort by providing numerous workshops for district administrators and school board trustees to help them understand and use the powerful dashboard tool for growth and success.

4. Resources for Families and Educators