Christina Cena is Teacher of the Month 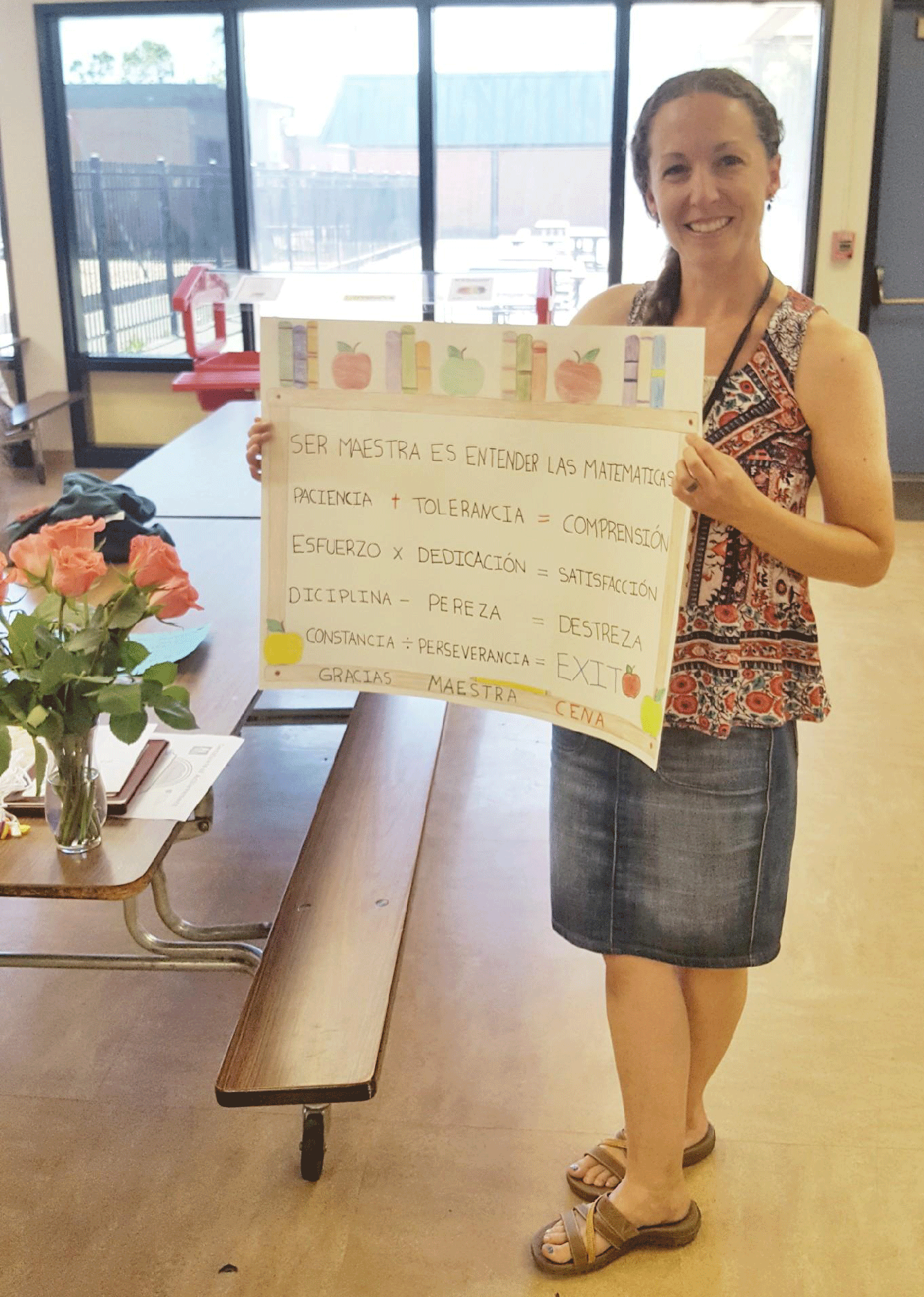 Some teachers go above and beyond their everyday duties to inspire their students as well as their colleagues. Such is the case with Christina Cena, a third grade teacher at Cesar Chavez Language Academy in Santa Rosa, and Sonoma County Teacher of the Month for April. The monthly award honors one of Sonoma County's most outstanding teachers from October through May. It is sponsored by the Sonoma County Office of Education (SCOE), Mix 104.9, Community First Credit Union (CFCU), and Platinum Chevrolet.

Community members nominate a favorite teacher to Mix 104.9. Then SCOE selects a winning teacher based on the number of nominations received for that teacher as well as the quality of the nominations. Winners receive a plaque, recognition on Mix 104.9, and a $400 gift card for classroom supplies, courtesy of Platinum Chevrolet. Mix 104.9 receives more than a hundred heartfelt nominations most months. This time, Ms. Cena stood out for the number of nominations she received, as well as the enthusiasm of those writing in to nominate her. 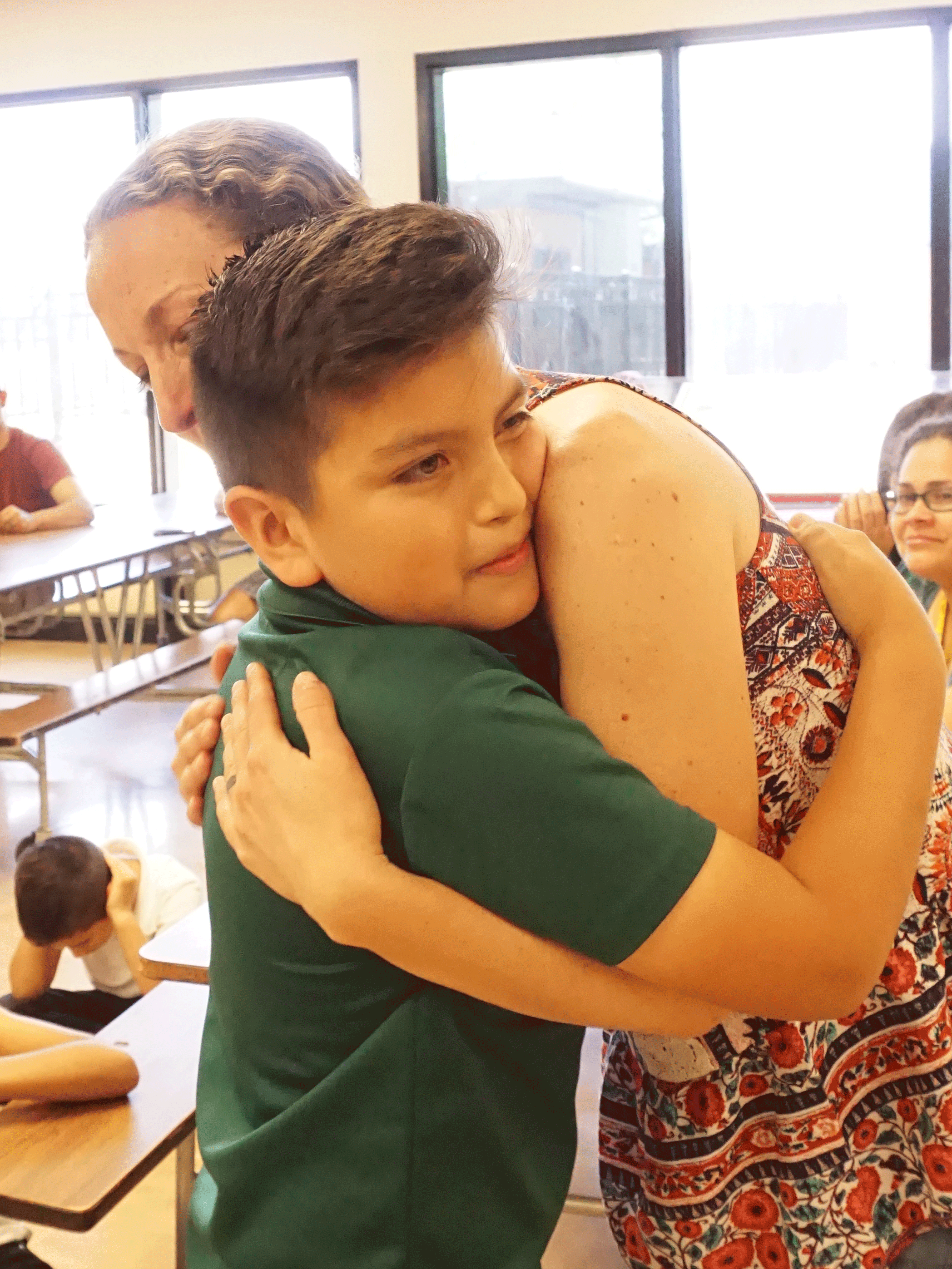 One person wrote that she was inspired by the time she spent observing Ms. Cena’s classroom as part of her own studies to become an educator. “I’ve witnessed a lot of teachers and professionals in this industry, but none like Christina Cena,” she wrote. “The woman was born to teach, and watching her in her element has been a huge inspiration for me.” During her four years at Cesar Chavez, Ms. Cena has taught three different grades, mastering a new curriculum each year. Despite the challenges of new grades and sometimes large class sizes, she provides “a measure of love, acceptance, and grace, with every child.” As well, she brings the classroom alive by playing music with her guitar and flute.

Ms Cena is also a leader in her community, according to her nominations. She organizes family and friends to come into the school on weekends to paint walls, create signs, and build a safe, clean, and peaceful environment for students. 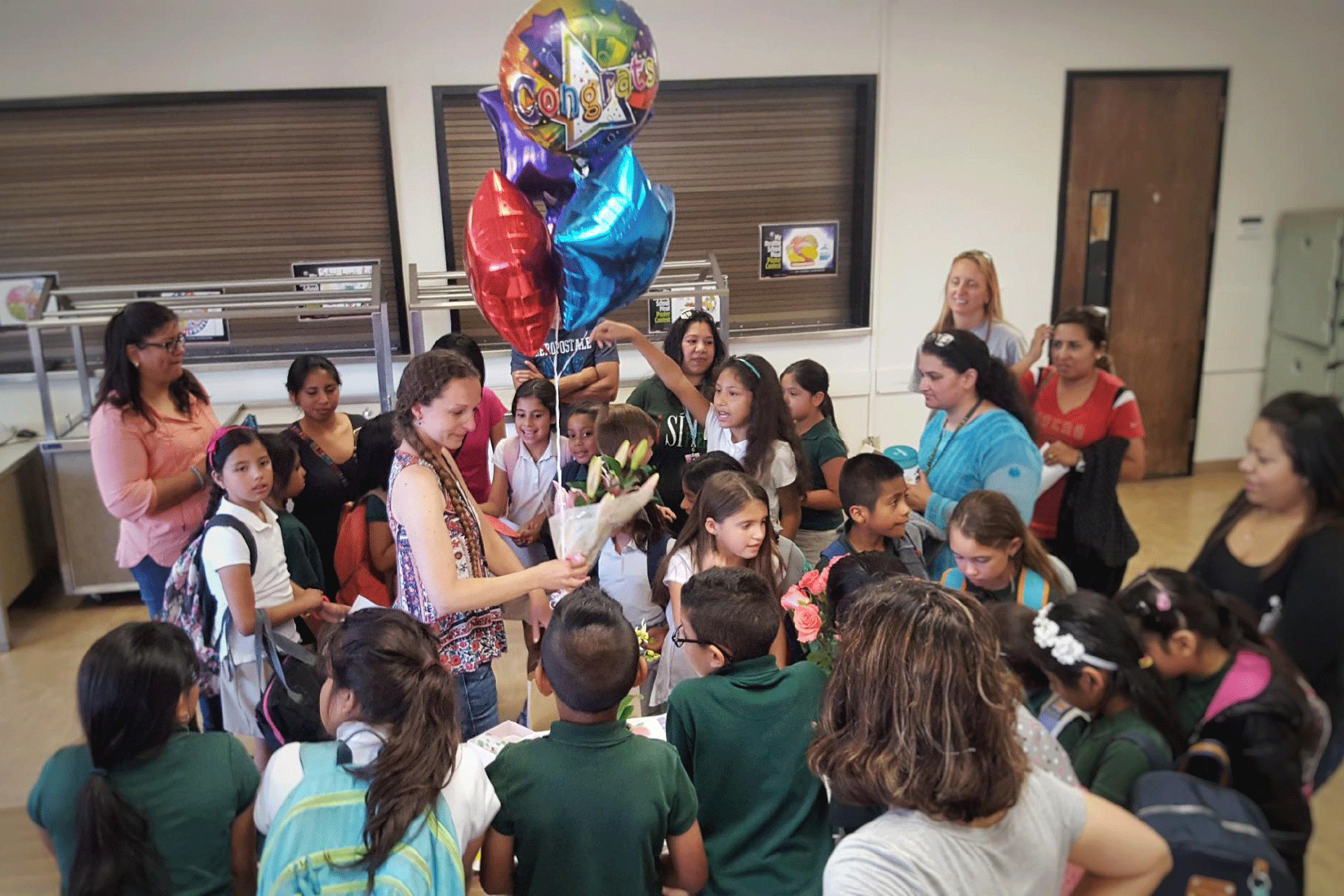 At a surprise presentation of the award at a school assembly, students broke out in happy cheers when it was announced that “Maestra Cena” had received the award. Afterwards, students ran up to hug her, give her flowers, and present special notes written in Spanish.

David Williams, Vice President of Marketing and Human Resources at CFCU, added, “Community First was founded as the Sonoma County Schools Credit Union, so putting teachers on the pedestal where they belong is nothing new to us. We are a PROUD local sponsor!”

Dr. Herrington encouraged anyone who knows a wonderful teacher to submit their name, along with an explanation of why they deserve the honor, at the Teacher of the Month page on Mix 104.9. He also encouraged the public to stay tuned for the next winner, who will be announced in May.