Some of Sonoma County's finest K-12 filmmakers wowed a packed theater of about 250 people, including celebrity judges, at the second Five Minute Film Festival, hosted March 14 by the Sonoma County Office of Education (SCOE). The 15 movies shown were the best of the best, selected from 94 submissions that schools from all around Sonoma County sent to SCOE after holding their own film festivals on their campuses to narrow down an even broader number of student creations. Of those, a panel of celebrity judges selected a winner from each of three divisions. Here they are:


As well, the audience members, voting with their phones or on iPads, selected an overall "audience choice winner."

Third Street Cinema in Santa Rosa hosted the screening, which was designed to mirror the Oscars ceremony with a red-carpet entry and special seating for the young filmmakers. Students grades 1-12, from 16 diverse Sonoma County schools, showed up in their finest attire and were interviewed about their films as they entered. The event organizers at SCOE thanked Catherine DePrima of Santa Rosa Entertainment Group and Russell Burke, general manager of the theater, for donating the space and creating a professional and seamless night for the filmmakers. 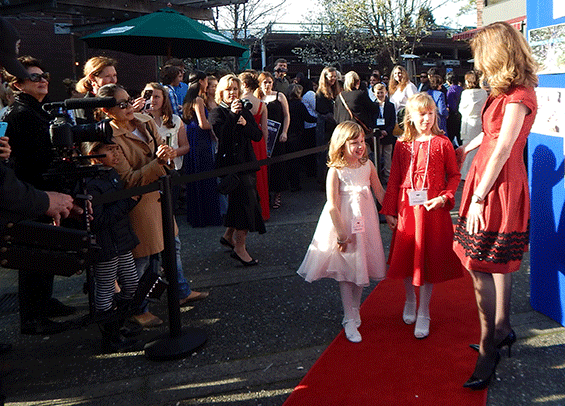 Each of their films were shown in front of a packed audience that included teachers, parents, principals, judges, and representatives from the local film community, including the coordinator of digital media programs for Santa Rosa Junior College. Each student or group of student filmmakers received feedback from the judging panel.

The students were really appreciative of the feedback. One girl wants to major in film, so for her to have feedback from professionals on her work and even an offer from one judge to be a mentor, that was really empowering. She was walking on air.

The videos all centered on a key theme, “Patterns.” This theme was chosen because it was a broad concept that cut across disciplines and grade levels, said Matt O'Donnell, Tech Innovation Specialist at SCOE. He coordinates the film festival. He added:

"The Five Minute Film Festival is not just about showcasing filmmakers' talents. It's about using film as a way to demonstrate mastery of academic content in a creative way."

For instance, students from Anna Van Dordrecht's AP biology classroom created videos about the patterns in climate change, an emergency room procedure, and trees. The winning elementary video, "Patternless," encourages people to break out of their daily patterns to live a more exciting life. Others found patterns in the creation of mandalas, in child abuse, in the Chinese zodiac, in the life of a sibling, in genetics, and much more. A link to all the video submissions will soon be available. 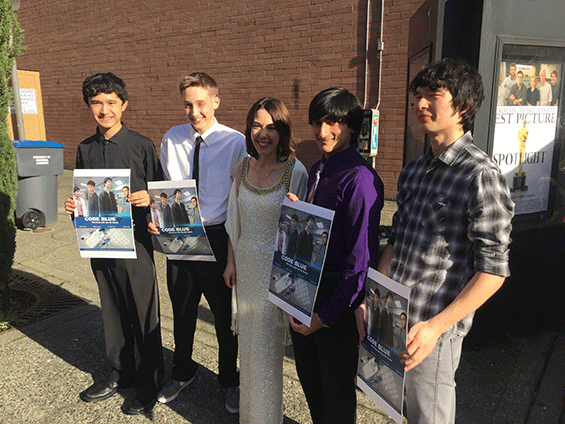 To learn more about the festival and how to get involved, visit scoe.org/film.