This page outlines the judging rubric for the Five-Minute Film Festival and introduces the panel of celebrity judges who will determine the winners. 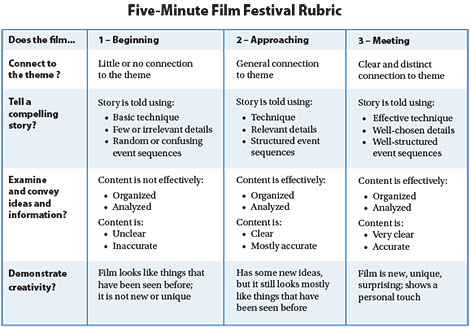 Kathryn Hecht is the founder and executive director of Alexander Valley Film Society. Prior to launching the Film Society, Kathryn worked as a communications director for nonprofit organizations on both the east and west coasts. She specializes in community building and engagement, storytelling, social media, media relations, and brand management.

Kathryn enjoyed a decades-long career as an actress before turning her attention to nonprofit and advocacy work. In the spring of 2013, after twenty years in New York, she and her husband, Ryan, took a leap and headed west. Their adventure includes their revival of The Clover Theater in Cloverdale, Kathryn's founding of the Film Society in 2015, and in September 2018, their new comic book shop, Next Door Comics.

Kathryn currently serves as Supervisor James Gore’s appointee on the Economic Development Board of Sonoma County and volunteers for the Boys & Girls Club Central Sonoma County. She was selected by the Press Democrat in 2016 as one of 30 Women to Watch in Sonoma County. Recently, she was honored with the 2018 Boho Award from The Bohemian and the 2018 Spirit of Sonoma Award from the Cloverdale Chamber of Commerce.

Mike Starkey is currently faculty teaching film editing and media classes at Santa Rosa Junior College. Starkey, a former producer and editor on many local projects, including two pilot episodes for a docu-series, featuring some of the founding, history making, wine makers and their families in Napa Valley. Interviews included members who were part of the historical Paris Wine Tasting in 1976. Other projects included editing a multiple series of training videos which were distributed and sold worldwide. This 3-camera project filmed full builds in a shop, was created by a custom engine builder, and covered topics including Performance Carburetors, Superchargers, Nitrous Oxide, Rotating Assemblies, Engine Building and more. “It’s an honor to watch these films created by our young up and coming Sonoma County filmmakers, and to participate on this panel!”

PETE Stringfellow: Best known as a country artist, PETE [stringfellow] has also written and produced original songs for over 300 movies and television shows, including Meet the Parents, Matchstick Men, Next Friday, The Simpsons, & Southpark. As an actor, Stringfellow has appeared in several commercials, movies, and TV shows including CMT’s hit drama “Nashville” and has the lead role in the movie “My Brother’s Shoes”, a Sony Pictures film. He owns a home in Nashville, TN and one in his hometown of Santa Rosa, CA, which is also the name of one of his songs.