In his 2013 TED Talk, Sir Ken Robinson draws a parallel between a spring bloom in Death Valley and the potential in education: “Right beneath the surface are seeds of possibility waiting for the right conditions to come about in order to spring to life…(therefore) the real role of leadership is climate control- creating a climate of possibility.” 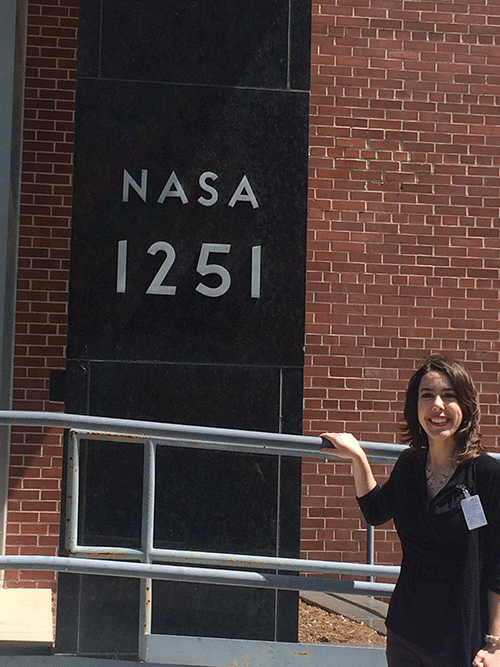 I recently saw the full power and scope of Ken Robinson’s words when I had the opportunity to visit the NASA Langley Research Center in Virginia with Casey Shea, SCOE’s maker coordinator. One of the trademarks of NASA is that it brings together science and engineering in order to, in Theodore Karmen’s words, “Discover the world that exists and create the world that never was,” and Langley has been at the center of this endeavor. The facility was founded as the  Langley Research Center, the first civilian aeronautical laboratory in the United States, in 1917. They are in the midst of centennial anniversary celebrations centered around the theme, “A Storied Legacy, A Soaring Future,” a theme very appropo to this amazing place of history and possibility.

We had the chance to tour the center, and the evidence of NASA Langley’s extraordinary past was everywhere. Anyone who saw the movie “Hidden Figures” which highlights the contributions of the black female computers working Langley in the 50s and 60s, would recognize the brick buildings and be delighted to see the Katherine G. Johnson Computational Research Facility that is now being completed. The building where the Mercury astronauts were introduced to the world is also at Langley. The wind tunnel used in early spacecraft tests is still there, and walking through the building that houses it feels like walking back in time. The gantry, a tall structure used to train Neil Armstrong to land the lunar module, sits on the side of the facility. 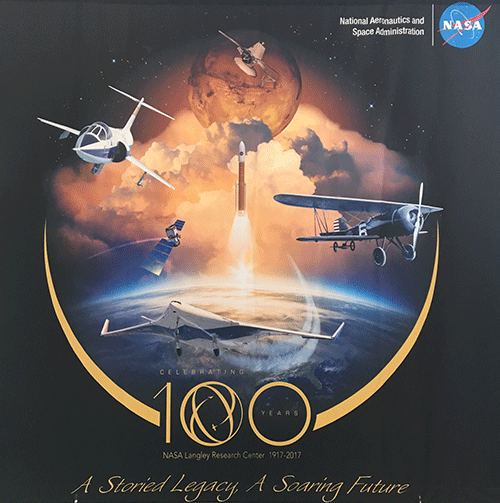 The storied legacy of Langley is a testament to the power of creating a climate of possibility. Early aviation and the space race lead to a climate where people were motivated to push the limits and make possibilities previous generations could only dream of a reality. They were given a purpose, resources and training, and room to combine their talents, insights, and expertise. And the result was that they accomplished the unimaginable- they allowed humans to touch the stars.

Despite its exciting history, the tour also revealed that NASA Langley certainly isn’t stuck in the past. Today the work done there is innovative and creative, pushing us forward in atmospheric investigation, spaceflight, and the goal of sending people to Mars. The wind tunnel is still in use, testing the ability of new crafts to withstand stress. The gantry is now used to test the landing capabilities of the Orion Capsule. 3D printers are commonly used to make prototypes. ISAAC, an impressive manufacturing robot, is hard at work building lightweight parts by laying down strips of epoxy coated tape. Just as in the past, the center is full of people who are creative and innovative and who work together in a climate of possibility to move us towards what we can only dream of now.

As the centennial celebration unfolds, the leaders at Langley are pondering where the next generation of NASA employees who can live at the confluence of discovery and creation might come from. Langley’s storied past has shown over and over again that we need contributions from all members of society. All studies suggest that inspiring more STEM involvement must begin early, and so they are seeking ways to promote opportunities for all students to experience the excitement and potential found at the intersection of science, engineering, and creativity. Indeed, the reason Casey and I were at Langley was because we were invited to speak at the National Institute of Aeronautics (NIA) and the Hampton Roads Mini Maker Faire hosted by NASA Langley about making and science in schools and the power of possibility this can elicit for students. 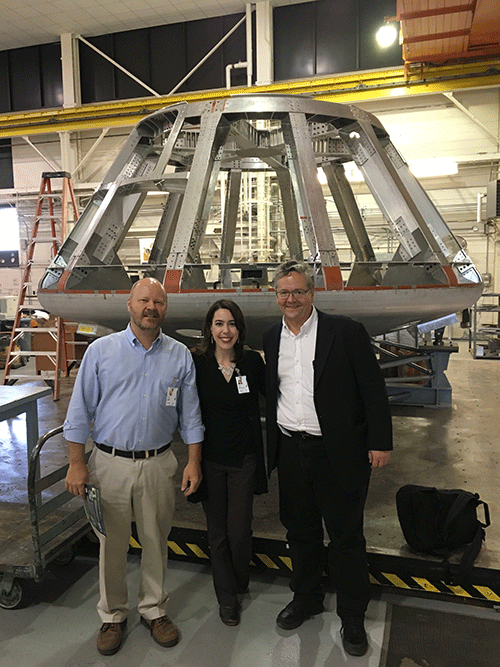 While NASA, NIA, and other organizations can provide tools and resources that support learning and are actively working to develop these and make them available, these alone won’t be enough. The onus of creating a climate of possibility in schools and classrooms falls to educators in the trenches. We are being called to help students understand the world that exists, imagine a world that could be, and prepare for careers and circumstances we can’t yet imagine. This is a tall order, and any educator, especially an exhausted educator at the end of May, is justified in wondering how to create such a climate of possibility with opportunities for all. While there’s no one answer to this question, we can learn from the example of one of Langley’s “hidden figures,” Mary Jackson.

Mary Jackson was a remarkable person. She accomplished everything shown in the movie; she worked as a computer and then for one of the engineers who suggested she take the training to become an engineer herself. Not one to shy away from a challenge, she petitioned the court to be allowed to take training courses at a segregated school, won, and became NASA’s first black, female engineer.

What you don’t learn in the movie is how integrally intertwined a love of science and a desire to improve the lives of others were in Jackson’s life. She worked as a teacher before coming to NASA, and she tutored students throughout her career. In the 1970s, she helped students in a science club at the community center build their own wind tunnel and conduct investigations with it. When interviewed by a local paper about her involvement, she stated, “We have to do something like this to get them interested in science. Sometimes they are not aware of the number of black scientists, and don't even know of the career opportunities until it is too late.” In 1979, realizing that she couldn’t earn any more promotions as a woman, she took a demotion and became manager of Langley’s Federal Women’s Program where she worked to hire and promote the next generation of women at NASA. She and her husband had an open door policy for all new hires at NASA Langley, doing everything they could to support and encourage this next generation.

There was no one thing Mary Jackson did that changed the game for those who needed opportunity; instead her cumulative actions contributed towards creating a climate of possibility for all. And so this example is both a call to action and a message of hope: no matter what the circumstances, there are many things we as educators can do to create a climate of possibility. We can provide more opportunities for students to experience the power of combining science, engineering and creativity through thoughtful, purposeful making projects. We can give them experiences collaborating together to discover what’s possible when you bring multiple minds and perspectives to a problem. We can highlight the accomplishments of people from the past, particularly minorities and women, to remind students that we are where we are today because of contributions from all members of society. We can also tell the stories of what NASA terms “modern figures,” those who are currently working to open up new possibilities for our world. And finally, we can do everything in our power to remove common stumbling blocks and open doors for our students as they walk into the future, and we can provide encouragement as they start on their way.

There is no one-size-fits-all answer for climate control. You know best your context and the needs of those around you. And so, as you head off to summer, rather than give a specific plan, I simply encourage you to think about possibility. What is possible today because the conditions were right in the past? What possibilities are opening up on the horizon because of the current climate? What can we do in our educational context to cultivate the seeds of possibility entrusted to us? What will you do in the coming year to create a climate in which students who live in a world where humans have touched the stars can ponder where we might go next? 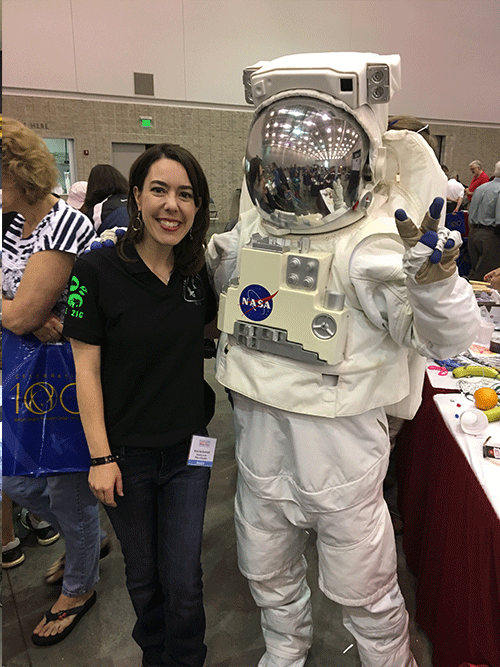