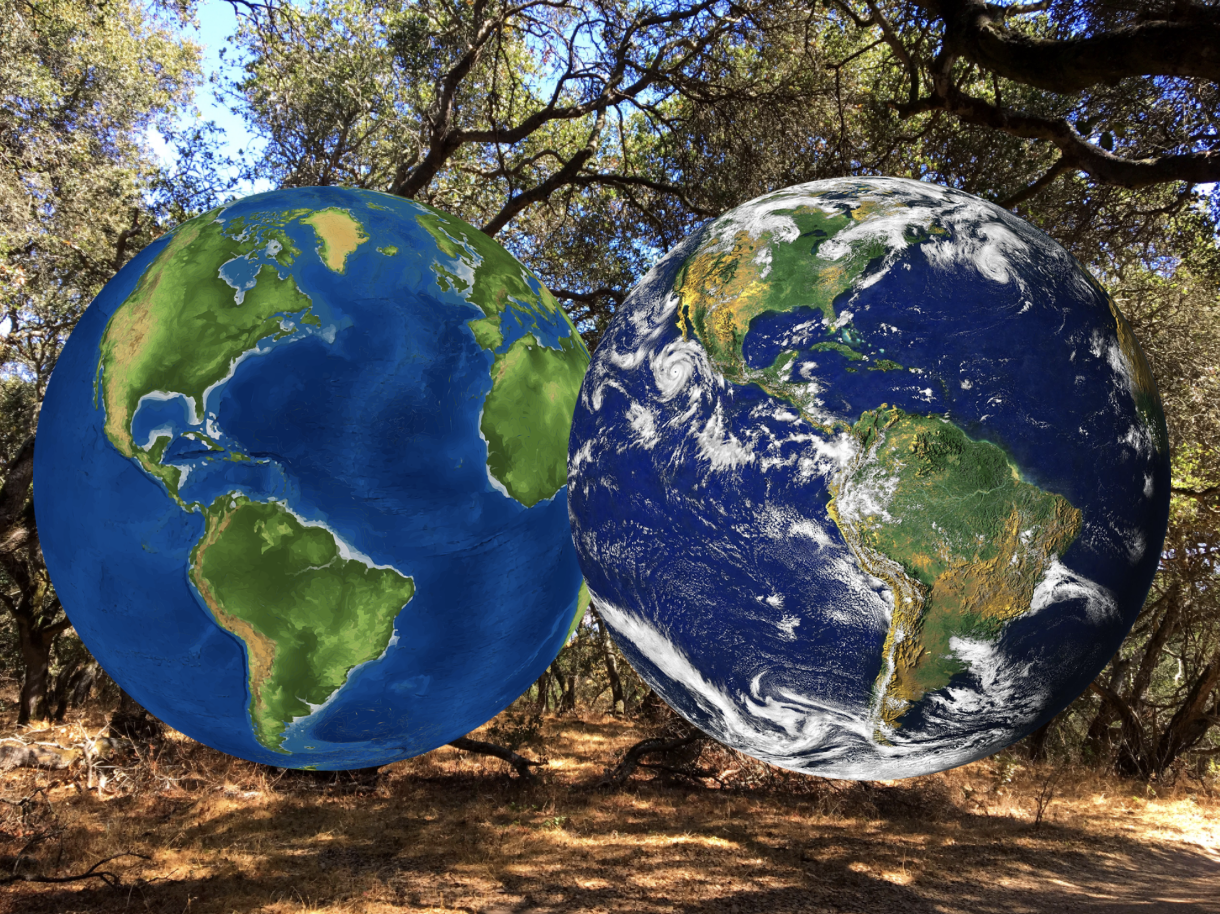 And now we welcome the new year. Full of things that have never been.
Rainer Maria Rilke

In The Magician’s Nephew, part of the Chronicles of Narnia series, C.S. Lewis describes “the Wood between the Worlds.” This wood is the juncture between all of the worlds that exist, and the children in the story soon find that when one is in it, identity and perceptions change. They can barely remember the world they came from, who they are, and what their purpose is. Nor do they have a clear sense of what world they might enter next and what actions they will take when they get there. While things can, and indeed do, happen in the wood, it feels to the children like time stands still.

For me, and I suspect many others in Sonoma County, this past year has felt like living in the Wood between the Worlds. A year ago, I went to sleep in one world and woke up to an entirely different reality. I was lucky that I was eventually able to return to my house after evacuating. But my parents had a different experience. They woke up because of the wind. After a series of warnings, they fled fifteen minutes after waking. Their home of 30 years which contained virtually all of our family memories burned five minutes later. Shortly after the fires and being evacuated from her group home, my grandma passed away.

These events moved my family very rapidly out of the world and identities we were used to. In many ways, we’ve been in limbo since then. This is not to say that nothing has happened in the past year. We’ve celebrated exciting things such as my mom’s retirement and my nephew’s first birthday. We’ve faced challenges too, including $25,000 dollars worth of damage done by a skunk (another story for another time). But it has all felt a bit surreal. It’s hard to relate to the world before the fires or fully imagine a new, post-fire world.

This sense of limbo is evident around Sonoma County. Sites have been cleared and construction has begun, but there are still a number of lots that sit empty. Blackened trees still line streets. There are reminders everywhere that the world we knew came to a halt in one night. And it remains to be seen what the new Sonoma County will actually look like and what place each of us will have within it.

It’s not just the people of Sonoma County that feel like they’re living between worlds. Across the country, the scientific community is in a state of uncertainty. On the one hand, scientific investigation and discovery is accelerating rapidly. According to a report by the Smithsonian, 90% of the world’s data has been generated in the past two years. We are on the verge of new possibilities and exploration. And yet, in some organizations and locations scientific work is being ignored and the collective scientific voice is being discredited or silenced. The Environmental Protection Agency is dissolving its Office of the Science Advisor. The White House Office of Science and Technology Policy has a new advisor after the position sat vacant for 19 months, but it has been radically restructured with the staff reduced by 50% and moves being made to cut some science programs. And so, the scientific community waits. What funding is available, what breakthroughs might be made, and what attention might be paid if they do remains to be seen.

We are in a similar state of limbo in science education. NGSS has been adopted; these are the standards and we aren’t going back to the old way of doing things. In California, it’s expected that NGSS will be fully implemented this year, and the CAST test is operational beginning in January. And yet, on the ground level teachers feel like they are still in between two realities. Most have embraced the idea of NGSS and perhaps have even tried teaching three dimensionally, but they don’t yet have curriculum resources in place, and in many cases decisions such as high school course models and sequences are still being made. No one is quite sure what full NGSS implementation looks like and what new challenges and opportunities it will bring for our students.

In a summary of his 2011 lecture series, Josh Stearn points out that as an entire society, we are essentially living in between stories. He quotes historian Thomas Berry who argues “The old story, the account of how the world came to be and how we fit into it, is no longer effective. Yet we have not learned the new story.” However, Stearn reminds his audience that if we want to invoke change in the world, we can’t stay in limbo between stories.  Instead, “...real change demands that we begin telling a new story.”

The children in The Magician’s Nephew similarly can’t stay in the Wood between the Worlds forever. They can’t simply go back to their world and expect that it will be the same. But, however appealing and easy it might seem, they also decide they can’t live in limbo without memory, identity, or purpose. They have to make the choice to jump into a world and both take and shape the adventure that awaits them. And in the process, not only do they find a new, deeper sense of themselves, they also get to have a hand in creating a new world, Narnia.

No matter how jarring the transition from the old to the new, none of us can stay in limbo indefinitely. At some point, the world begins again. But we can help shape that world and our place within it. As we pass the year mark post-fire, my family and all of Sonoma County have the chance to begin telling a new story, letting the best of what we’ve experienced and done in the wake of the fires rather than the tragedy itself define who we are and what we do going forward. For some, a year has not been enough time to think about moving forward, but eventually we all have a choice about what our new story will be.

The scientific community can continue to push the boundaries of what’s possible and seek new ways of communicating findings and innovations. Stearn writes, “Part of telling a new story has to be telling it in new ways.” Scientists can explore how to reach and empower a broad audience, and especially young people, who might in turn change the field of science through their words and actions.

In science education, we can choose to do the very best by the students in the classroom right now, including seeking out new phenomena, questions, and challenges to engage them and help them build strong science identities. We can work to pinpoint our vision and priorities so that when we do make decisions about curriculum resources and course models, they are not made without thought or based on what’s easiest but instead represent our very best ideas for how to give all of our students access to high quality, inspiring science education.

The world inevitably begins again. Time doesn’t stand still. But the world, like a new year, can be full of new things that have never been before. And we can have a hand in shaping those things. What is your dream for the world beyond the woods? Begin again and make it happen.