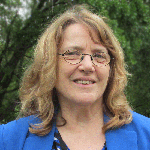 Ms. Downey was chosen from a pool of well-qualified candidates that included chief business officials at other county offices and large urban and suburban school districts. Ms. Downey has served in business management for more than 22 years, in positions ranging from CBO and Assistant Superintendent at Windsor Unified School District to Budget Director at San Francisco Unified School District to Assistant Deputy Airport Director at the San Francisco International Airport, and Finance Director at the San Francisco Public Library.

Dr. Herrington noted that her familiarity with SCOE and ability to work closely with Mr. Cerreta in the coming months will ensure a smooth transition in this important position.

“I am looking forward to collaborating in a leadership role, supporting Business Services, and providing assistance to districts to promote student success,” Downey said. 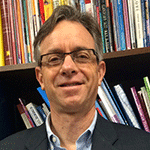 On Monday, May 2nd, the Special Education Local Plan Area (SELPA) Superintendent's Council approved the selection of Adam Stein as the new SELPA Director, effective July 1. He is replacing Catherine Conrado, who is retiring after serving in the position for seven years.

Mr. Stein was selected from a field of over a dozen candidates, utilizing an interview process that included representation from all local SELPA constituencies including staff, parents, local superintendents, Charter SELPAs, and the SELPA finance committee.

Mr. Stein, most recently Superintendent of the Wright Elementary District in Santa Rosa, began his teaching career in Sonoma County and spent 11 years as a special educator in several districts, finishing teaching with the Napa County Office of Education prior to becoming an administrator. His first administrative position was as a Program Specialist with the Sonoma County SELPA, where he started and supervised the Alternative Dispute Resolution (ADR) and Behaviorist programs. Mr. Stein worked on many statewide task forces in special education and worked as a private educational consultant. He served as the Director of Special Education for Napa Valley Unified before becoming Superintendent of the Wright Elementary School District in Santa Rosa. He is the father of three children and lives in Sonoma.

“Please join me in congratulating Mary on her well-deserved promotion and in welcoming Adam to the SCOE community, where I know he will be a valued asset,” Dr. Herrington said.