The Sonoma County Office of Education (SCOE) on Thursday, October 27, hosted a symposium on the teacher shortage that is impacting Sonoma County, the state, and the nation.

This symposium was part of an annual speaker series that SCOE hosts to inform and engage school trustees and other educational leaders about important issues in education. This year, about 70 school trustees, superintendents, HR directors, and others came to hear presentations by Roberta Furger a senior writer at the Learning Policy Institute and former State Superintendent Jack O'Connell. 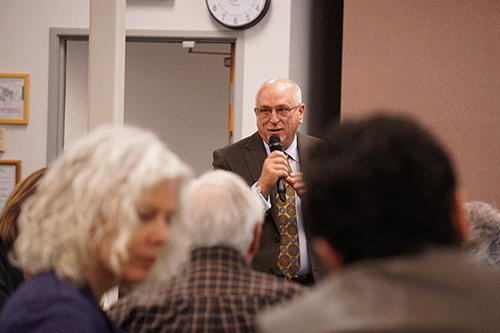 Furger led off after an introduction from Sonoma County Superintendent Steve Herrington. She described the factors driving a shortage of teachers that is impacting schools across subject matters and grades. It is most acute in special education, math, science and english learner classrooms, she said. Then she talked about what school districts can do at the local level to tackle the problem. That included lowering the rate of attrition among new teachers. Districts can do this by providing personalized professional development, support from the school administration, the ability to collaborate with fellow teachers, better pay and benefits such as childcare, and one-on-one support and mentoring, she suggested. She also encouraged districts to try new and innovative recruiting methods, partner with local schools of education, and focus on strong teacher induction and mentoring programs. 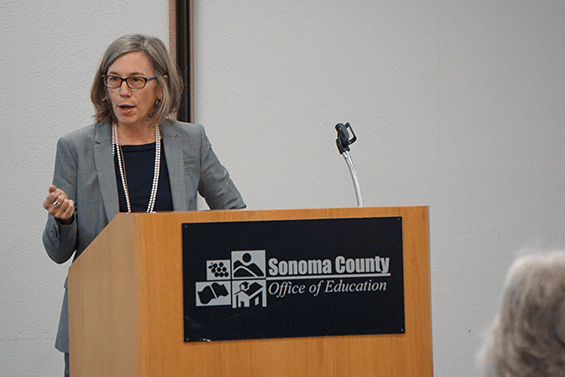 "There's no one change in policy that will fix this," she said. "It's a multitude of policies."

Jack O'Connell followed, discussing what can be done at the state and legislative level. He agreed that a number of approaches needed to be taken.

"There's no silver bullet," he said, but nevertheless emphasized the imperative to solve the teacher shortage. "We'll see a lowering of our standards if we can't address this."

He congratulated Sonoma County for being a leader in addressing the issue. That includes SCOE's efforts to create recruit and train more qualified teachers from the local community through the North Coast School of Education.

He spoke about bills and ballot propositions that had the potential to positively impact the teacher shortage. Some would provide more funding to schools for teacher salaries or teacher housing; others would promote teacher training programs. 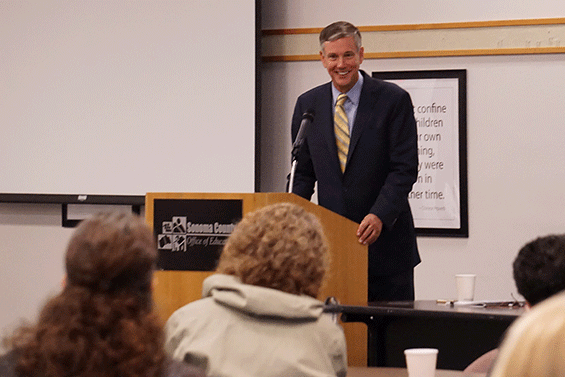 He ended by reiterating the importance of creating and retaining high-quality teachers.

"It's about relationships," he said, describing the impact of great teachers in his own life. California has a responsibility to foster a new generation of great teachers, he suggested. "We need to be successful in this issue perhaps more than any other issue facing our state."