The Five-Minute Film Festival is an annual countywide event that provides an opportunity for K-12 students to demonstrate learning in a 21st century context and showcase their work in front of a community audience. To participate, students create, as individuals or in groups, short videos (up to five-minutes long) on a designated theme and submit them to SCOE for judging by a celebrity panel. The top films debut at a spring film festival.

Top films from the Five Minute Film Festival will also be entered into the Alexander Valley Student Film Competition. 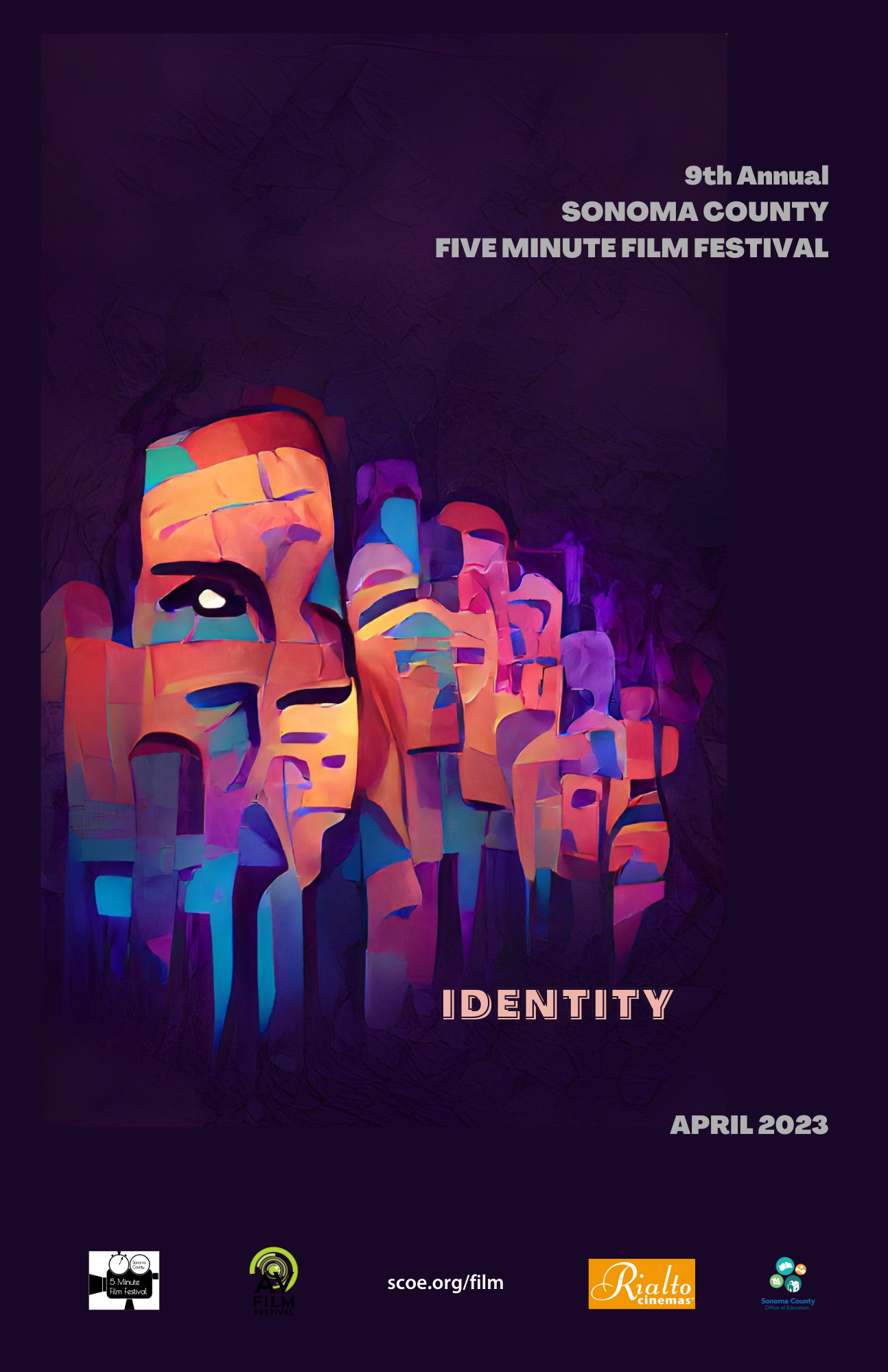 Event Theme: Identity
Who: The Five-Minute Film Festival is open to all K-12 students in Sonoma County
When: April, 17 2023

All films that meet the Festival guidelines will be showcased on the SCOE website. A panel of celebrity judges will determine the winners and the top 15 films will be screened at a free viewing at a Sonoma County theater. Films will be judged on the following criteria:

Films must be no more than five minutes long. All submissions must be student-created and abide by Copyright and Fair Use Policy. Students may submit only one individual film, although additional participation in group submissions is permitted. All films must be uploaded to YouTube.

To limit the number of film submissions to a manageable amount, we are limiting teachers to a maximum of 5 submissions. We highly recommend you have a local film festival for your class and/or school and determine the best films to submit to the festival.

Each film submission must also include a movie poster. While the films will not be judged on the poster, the posters from the films selected for the Festival will be displayed at Third Street Cinema during the event. The poster should be in PDF format and can be created using Lucid Press, Canva, Pixlr, or other software. To learn more about how to create the poster, click here

How Films will be Judged: Take a look at the Rubric and Judging Panel page to meet the celebrity judges and learn how films were judged.

Access the Tools for Making Films that SCOE has compiled for Five-Minute Film Festival participants.
Click here for resources for making films in your classroom from edutopia.